Gardasil, the HPV (Human Papillomavirus) vaccine on the Centers for Disease Control and Prevention’s (CDC) list of recommended inoculations for teenagers, has been the subject of debate worldwide since it was fast-tracked for approval in the US in 2006. The Merck-manufactured drug was developed to prevent infections caused by HPV, which is a group of 150 related viruses -- 15 of which are linked to cervical cancer. At the heart of the controversies are questions around the need for the vaccine, the 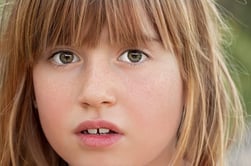 efficacy of the vaccine and the fast-growing number of reports of severe reactions to the vaccine. The latter question has moved to the forefront of the debate as safety testing concerns have been raised and the number of vaccine-injured children has grown.

Gardasil- A Case of Insufficient Testing?

Despite no recorded outbreak of cervical cancer nor change in sexual behavioral risks among teenagers, Gardasil vaccine was studied for less than two years prior to its approval. This was particularly curious since the cancer the vaccine purports to prevent does not present itself for 20-30 years.

And, while the drug was tested only on women aged 16-23 before it became the first licensed HPV vaccine in the United States, today it is recommended for boys and girls as young as 10 years old.

Moreover, Gardasil was not tested on people with health problems nor in combination with all the other vaccines routinely administered to American adolescents, such as Tdap and meningococcal vaccines. 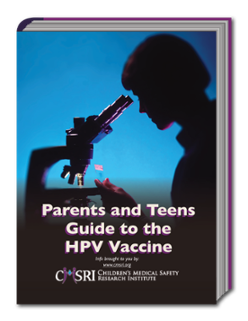 Although the CDC claims that sufficient testing has been done, The National Vaccine Information Center discovered the opposite from independent research on the combination of Gardasil and Menactra (a meningococcal vaccine), if given on the same day. Respiratory problem reports increased by 114%, cardiac problems by 118%, neuromuscular and coordination problems by 234%, convulsions by 301%, and injuries caused by falls after unconsciousness shot up by 674%.

As more and more countries have added the HPV vaccine to their recommended vaccine schedules, the number of Gardasil-related injuries reported has risen worldwide. According to a recent TV documentary, by 2016, 2,100 girls in Denmark had reported adverse reactions to Gardasil that ranged from uncoordinated muscle movements to severe abdominal pain and nausea. In response, the Danish government established five regional reporting centers for victims. Since then, HPV vaccination rates in Denmark have fallen by nearly 50%, reports  SSI (Statens Serum Institut).

In Japan, the HPV vaccination rate plummeted from 70% to 1% after 2,000 girls reported serious symptoms in 2013, according to a Tokyo Times report. The symptoms included regional pain, seizures, unconsciousness, and short-term memory loss. This has led the Japanese government to withdraw its recommendation for Gardasil.

Large numbers of Gardasil-injured children have also been reported in Ireland, India and the U.S., as noted in our newest eBook, “Parents and Teens Guide to the HPV Vaccine.”

Although vaccine inserts categorically mention the ingredients and common side-effects of the vaccines, most physicians do not provide these to patients or their parents. So many are unaware that the new Gardasil 9 has more than double the amount of aluminum adjuvant in each dose than the previous formula. Aluminum, in any amount, is a known toxin that has been proven to cross the blood-brain barrier and has been linked to autoimmune diseases in prone individuals.

Additionally, some researchers are concerned that the HPV16 virus (included in the vaccine), is so closely related to the human proteome, that a Gardasil vaccination may actually cause a patient’s body to create antibodies against itself.

How can today’s sexually active teens be protected against developing cervical cancer in their 50’s?

Contrary to the ad campaign created by Merck that depicts tragic-looking teenagers asking their parents why they weren’t protected from getting cancer, there have been no reports of any teen contracting cervical cancer from HPV ever. The good news is that 90% of HPV infections have no symptoms and naturally clear from the body within two years. And most cervical pre-cancers develop extremely gradually, so virtually all of them can be identified with regular pap smear screenings and cured with prompt treatment.