The following is a summary of a lecture given by Dr. Darjan Kanduc of the University of Bari, Italy, on the molecular mechanistic functions of vaccine-induced autoimmune disorder:

Since the very beginning of vaccination, people have resisted it due to fear of adverse events. The clash between those resisting vaccination and those promoting vaccination has lasted over 100 years and remains up for debate even today. Nevertheless, adverse health outcomes such as encephalopathy, multiple sclerosis, paralysis, thrombocytopenia, diabetes, sudden infant death syndrome and anaphylaxis, to name just a few, have all come to be associated with vaccination.  A common argument used to dismiss such correlations is "correlation does not equal causation." Just because one event follows another does not mean the following event was caused by the preceding event. So the need to explain possible adverse consequences of vaccination at the molecular level has never been greater.

Key to understanding the molecular basis of adverse vaccine events is the influence vaccine components can have on human proteins - molecules critical to the function of living cells. Using proteomics, Dr. Kanduc analyzes the commonality of protein sequences in humans and infectious agents. She takes a protein sequence of an infectious agent by dissecting its primary amino acid sequence into small pieces, and then running them against the database of proteins found in humans. 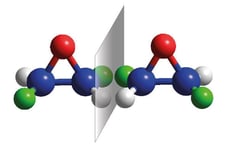 The first consequence of immunological tolerance is that a pathogen can escape surveillance by the immune system only to cause latent or hidden infection. The second consequence is that vaccines are not immunogenic without adjuvants – additives of vaccines intended to stimulate an immune response. In order for vaccines to act, they need adjuvants - inorganic adjuvants like aluminum or organic adjuvants such as squalene. Otherwise, there would not be a significant immune response to the injected pathogen reaction. One could expose someone to kilograms of a virus alone and not generate an immune response. One’s own immune system will ignore the trigger. An efficacious immune response would not be evoked. So adjuvants are required for this to happen.

So how do adjuvants work? While they are known to expand the immune response, how they work is still not fully understood. What is known, however, is that getting an immune response with the injection of bacteria or viruses can be obtained through the addition of adjuvants which can cause local inflammation, but can also complicate the targets of the immune response to include human proteins - not just the proteins of the infectious agent one is vaccinating against. Adjuvants are known as dirty substances in immunology. In this sense, adjuvants are immunology’s “dirty little secret,” according to Dr. Kanduc because despite being neurotoxic, they can prepare our antibodies to stimulate an immune response. And adjuvants have been used for 80 years -- despite a lack of knowledge of the biological consequences.

Yet that immune response comes with a price. The price is the disruption of the immune tolerance that protects human proteins. While this is not fully understood at the biological level, an indiscriminate immune response is a known consequence. This will not only be directed against the pathogen being immunized against, but also against the human proteins shared with the pathogen. In other words: cross-reactivity with human proteins. But to what extent? How much? And can it be managed by the human host?

One example that may help shed light on this is H5N1 influenza. With influenza, the immune response will target the H5N1 antigen, but the targets will also include a list of human proteins so long that Dr. Kanduc only listed a few. Most of those listed, however, are neuronal proteins expressed in the spinal cord; others include proteins related to myelination as well as the glutamate receptor, which is the basis of language and emotion, and is an active part of our working memory and can be easily affected during neurodevelopment. This is only a short list. So hitting H5N1 proteins with an immune response would also involve hitting those self-proteins expressed in the brain. In another example - the cross-reactivity problem can also occur with peptides such as those of coronavirus, where creating an immune response to coronavirus peptide can also get cross-reactivity, thereby provoking an immune response against human proteins.

Cross-reaction can cause conditions such as neurological disorders or cancer if the affected human proteins are those critical to tumor-suppression. Adverse reactions from vaccines can be explained by peptide commonalities between pathogens and humans and hyper-immune activation induced by adding adjuvants. Samples should be taken from vaccinees before, during and after vaccination to study the pathology of adverse vaccine events. As early as the 1970s, there were warnings about the issues of cross-reactivity from vaccination when the Hepatitis B vaccine began to be marketed and those issues still need to be addressed.

It is clear that there remains much to be learned about vaccinating safely and effectively against viruses and bacteria. For instance, using peptides that are present in the pathogen and are not found in the human host might be an alternative to using adjuvants. Aluminum adjuvant biochemistry is critically important for vaccine makers, regulators, physicians, and patients to understand in order to  prevent vaccine injuries and illnesses.