Are aluminum adjuvants plus Gardasil a uniquely damaging neuroinflammatory cocktail?

Health authorities and the media relentlessly repeat the mantra that vaccines are unequivocally safe, and many uninformed consumers cling to this mantra like a lifeboat. More often than not, however, consumers know little or nothing about the vaccine safety testing process and assume that vaccine manufacturers and regulatory institutions have exercised due diligence in ensuring that vaccines are as safe as possible. 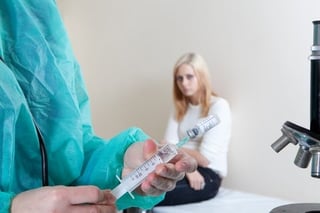 In an ordinary clinical trial, investigators compare a group that receives a drug with another group that receives a harmless placebo. Not so with vaccine clinical trials, many of which use placebos that contain an aluminum adjuvant. What are the implications of using aluminum-based placebos that are not innocuous or inert but instead are “intrinsically capable of stimulating pathological immune and neuro-inflammatory responses”? This is one of the critically important questions that Dr. Yehuda Shoenfeld and colleagues at Tel Aviv University and University of British Columbia researchers Lucija Tomljenovic and Christopher Shaw address in a July 2016 study in Immunologic Research about aluminum adjuvants and the quadrivalent Gardasil vaccine that ostensibly protects against four types of human papillomavirus (HPV).

Dr. Shoenfeld and colleagues begin and end with the assertion that aluminum-containing placebos represent both a scientifically and ethically inappropriate choice for vaccine clinical trials, given aluminum’s well-documented neuro- and immunotoxic properties. Moreover, Gardasil (as well as the Cervarix HPV vaccine) uses newer-generation aluminum adjuvants that induce a far more forceful immune response than conventional aluminum adjuvants (which are far from benign to begin with). The more powerful aluminum adjuvants have a correspondingly stronger “reactogenicity” (the term used to describe the degree to which a vaccine provokes adverse reactions).

In their study, Dr. Shoenfeld’s research team assessed behavioral and inflammatory markers in four groups of young female mice after injecting the mice (in amounts equivalent to human exposure) with either Gardasil vaccine (or Gardasil plus pertussis toxin), aluminum adjuvant, or a vehicle control (solution of sodium chloride and histidine - Gardisil carrier solution). The researchers found pronounced and highly statistically significant behavioral differences between the groups at both three and six months post-injection. At six months, the aluminum-injected group showed reduced exploratory behavior, and the mice in all three treatment groups (Gardasil and aluminum) were less likely to exhibit escape-oriented behaviors (a marker of depression) compared with the control group. The researchers note that “the extent of adverse neurological manifestations was similar in the three treatment groups whose only common denominator was the [aluminum] compound.”

In addition to the behavioral tests, the researchers examined the potential of mice blood samples to bind proteins extracted from mice brain tissue. If such binding was observed in Gardasil-injected mice but not in aluminum or placebo-injected mice (as the latter two groups would not mount an anti-HPV antibody response), it would indicate that the antibodies raised against HPV following Gardasil vaccination, have not only the ability to bind to HPV antigens but also the neural proteins present in the host’s brain. This phenomenon, where cross-reactivity occurs and the vaccine-induced antibodies are able to bind not only the target foreign antigen (i.e., the HPV virus) but also host proteins, can be the result of molecular mimicry, where a foreign antigen shares a structural similarity with a particular self-antigen. Consequently, host antibodies which are raised in response to vaccination or infection (whatever the case may be), will not only recognize and attack the particular foreign antigen, but also the host antigen which is structurally similar to it. A well-known example of molecular mimicry is found in the etiology of the anti-phospholipid syndrome (APS), which is an autoimmune multi-systemic disease associated with recurrent fetal loss, thromboembolic phenomena, and neurological, cardiac and dermatological adverse manifestations. APS is characterized by the presence of pathogenic auto-antibodies against a molecule known as β2-glycoprotein I. The infectious triggers of APS are well recognized (ie, syphilis, leprosy and varicella to name a few). Likewise, tetanus vaccination may also trigger APS by producing antibodies which target both the tetanus toxoid and the β2 glycoprotein I, due to structural similarity between these two molecules. This is one of many examples of the molecular mimicry phenomena, which shows that overly vigorous and/or aberrant immune responses to either infections or vaccinations, while protective, can also be detrimental to the host. The research by Shoenfeld’s group shows that the molecular mimicry phenomenon might also be relevant in explaining some of the neurological adverse events reported following HPV vaccination.  The reason for this is as Tomljenovic and Shaw have observed, that cross-reactivity due to molecular mimicry “is generally accepted as a mechanism by which vaccines can trigger autoimmune diseases.”  The microglia act as the primary form of active immune defense in the brain, and other glial cells called astroglia are responsible for maintenance of brain homeostasis.

The researchers note that their cross-reactivity findings in mice are consistent with work conducted by Kanduc in humans, who identified considerable amino acid sequence similarity between the Gardasil vaccine antigen and a number of human proteins. According to Kanduc, “the number of viral matches and their locations make the occurrence of side autoimmune cross-reactions in the human host following HPV16-based vaccination almost unavoidable.”

The mouse study findings also corroborate and amplify a prior case study report by Tomljenovic and Shaw describing immunohistochemical analysis of brain tissue specimens from two young women who died after receiving the Gardasil vaccine. Immunohistochemistry is a method for demonstrating the presence and location of antigens in tissue using antibodies that recognize the target antigen. In both cases, the standard autopsies had previously failed to ascertain an exact cause of death. Case 1 experienced progressively worsening neurological symptoms following her first Gardasil injection and died in her sleep six months after her third Gardasil booster. She showed no notable neuroinflammatory changes upon autopsy using an unspecified histological protocol. Case 2 developed a variety of symptoms after her first injection and died two weeks after the second booster. The autopsy report for Case 2 found cerebral changes consistent with encephalopathy and indicative of a “focally disrupted blood-brain barrier.”

The World Health Organization’s Global Advisory Committee on Vaccine Safety (GACVS) critiqued the Tomljenovic and Shaw case study but did so on the basis of several extremely careless and factually incorrect statements, as rebutted by leading scientist Sin Hang Lee of Milford Molecular Diagnostics. One of the objections of the GACVS was that there was “no evidence of inflammation on autopsy”—despite the fact that the autopsy for Case 2 found evidence of encephalopathy. In addition, Tomljenovic and Shaw point out that their fine-tuned analyses of brain tissue from the two deceased young women, unlike the autopsies, used microglia- and astroglia-specific markers that were able to identify “exceptionally intense micro- and astrogliosis in all brain tissue sections examined” from both cases. Microgliosis represents “an intense reaction…to pathogenic insults” and astrogliosis similarly occurs when the “astrocytic defense mechanisms [are] overwhelmed in pathological conditions.” This type of glial activation can produce “irreversible neurodestructive and pro-inflammatory processes in the brain,” according to Tomljenovic and Shaw.

With its triple findings from behavioral tests and serum and brain tissue analyses, the mouse study validates the case study report, which concludes that Gardasil (and Cervarix) are “inherently unsafe” for at least some individuals. Although it is clear that much more needs to be done to tease out the specific mechanisms whereby HPV (and other) vaccines and aluminum adjuvants can trigger autoimmune disease, the combined results of the carefully conducted mouse and human Gardasil studies cannot be easily dismissed. Together, the two studies’ results indicate that there is good reason to be cautious about aluminum-containing HPV vaccines—particularly now that the reformulated Gardasil-9 vaccine contains more than twice the amount of aluminum as its quadrivalent predecessor. The next time vaccine experts loudly proclaim that vaccine safety is unassailable, consider whether the researchers exhibited any genuine curiosity about adverse events to begin with. It’s not possible to find what you don’t look for.