Aluminum is neurotoxic, but the average consumer might be forgiven for not knowing about the metal’s health dangers. This is because mainstream websites routinely dismiss questions about whether aluminum is a risk factor for neurodegenerative conditions such as Alzheimer’s disease (AD), labeling aluminum’s possible role as either “controversial” or a “myth” without scientific merit. The not-for-profit Alzheimer’s Association, for example, asserts that “studies have failed to confirm any role for aluminum in causing Alzheimer’s.” 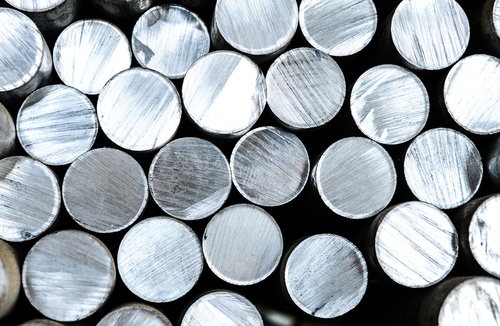 The Agency for Toxic Substances & Disease Registry (ATSDR), the federal public health agency responsible for “using the best science” to provide “trusted health information to prevent harmful exposures and diseases related to toxic substances,” is slightly cagier, stating that “We do not know for certain that aluminum causes Alzheimer’s disease” but also admitting that “it is possible that [aluminum] may play a role” in AD development.

Christopher Exley, PhD, a professor in bioinorganic chemistry at Keele University in the United Kingdom, is an expert on the ecotoxicology of aluminum and has published extensively on the relationship between aluminum and AD. In a just-released paper in the Journal of Trace Elements in Medicine and Biology, Exley and coauthors present the “first ever” measurements of aluminum in brain tissue from autopsy-confirmed cases of familial AD.

Familial AD is a hereditary form of Alzheimer’s often characterized by an earlier age of onset compared with sporadic or late-onset AD. About 60% of AD cases in individuals younger than 60 are familial. Otherwise, neurologists consider early-onset familial AD and later-onset AD as “essentially the same disease” progressing with the “same overall sequence of symptoms and increasing impairments.” As a result, familial AD can be used as a “blueprint” for understanding and treating late-onset AD.

Exley and colleagues were able to obtain brain tissue samples from all 12 available cases (donors A1-A12) of familial AD stored at the MRC London Neurodegenerative Diseases Brain Bank (see Table 1). Using an established and fully validated method, the investigators measured total aluminum in each of 144 tissue samples, defining aluminum content exceeding specified levels as “pathologically concerning” (>2.00 μg/g dry wt.) or “pathologically significant” (>3.00 μg/g dry wt.). In half of the cases (6/12), the researchers supplemented their quantitative measurements with a validated imaging technique that used aluminum-selective lumogallion and fluorescence microscopy to visualize the presence of aluminum in brain tissues.

The investigators found multiple deposits of aluminum in all six cases that were further investigated using imaging techniques, including in the brain of the individual (A1) whose quantitative measurements had discerned no pathologically significant aluminum content. In fact, the examination of additional tissues from this donor via fluorescence microscopy identified significant aluminum deposits across all four cortical lobes. The imaging analyses primarily identified “clusters or swathes of focal deposits” indicative of a pattern of “focal as opposed to homogeneous distribution of aluminum in human brain tissues.”

Back in 1988, a study found elevated brain aluminum levels in AD patients (>4 μg/g dry wt.) compared with normal subjects (~1.5 μg/g dry wt.) and concluded that “aluminum is toxic to the brain” and likely plays a pathogenic role in AD. From the 1970s on, that study’s lead author and other investigators authored many other papers reaching similar conclusions. Given that research highlighting aluminum’s negative health effects has been carried out for at least 30-40 years, one wonders why Exley and colleagues should still even have to demonstrate that brain aluminum contributes to development of AD. Could it be because—as Professor Exley notes in another paper—it is “unpalatable” to draw attention to aluminum’s inevitable role in chronic diseases such as AD when so many businesses, economies, and governments rely on aluminum as “the globe’s most successful metal”?

Conveniently for the aluminum industry, none of the toxicity statements issued by agencies such as ATSDR pay any attention whatsoever to injected aluminum, which is one of the most prominent and dangerous current routes of aluminum exposure (via the aluminum adjuvants contained in numerous vaccines). Neil Z. Miller has noted that, as long ago as 1927, a university toxicologist testified to the Federal Trade Commission that “all salts of aluminum are poisonous when injected subcutaneously or intravenously.” Moreover, websites such as Medscape admit that when aluminum loads “exceed the body’s excretory capacity,” they form deposits and accumulate in tissues such as the brain and cause “morbidity and mortality.” Injected aluminum is especially likely to accumulate in the brain, in part because it alters some of the functions of the blood-brain barrier.

Exley and coauthors’ study confirms the presence of aluminum in familial AD brain tissue but also gives rise to two other important conclusions. First, based on their admittedly “striking” results, the authors suggest that genetic predisposition to AD may be accompanied by “a higher propensity to accumulate and retain aluminum in the brain.” Second and equally importantly, the authors report that high aluminum concentrations are “highly likely” to contribute not only to early onset and aggressive progress of familial AD but to “all forms of AD under certain conditions.” Given this unequivocal evidence, it is high time that experts stop pussyfooting around aluminum’s role in AD and other neurodegenerative diseases and instead begin to offer constructive suggestions for how to alleviate the suffering caused by aluminum.