The study used transversely heated graphite furnace atomic absorption spectrometry to measure, for the first time, the aluminum content of brain tissue from five donors who had died with diagnoses of ASD. The results showed the donors to have had some of the highest values of aluminum yet measured in human brain tissue.

“One has to wonder why aluminum in the occipital lobe of a 15-year-old boy with autism would be a value that is at least 10 times higher than what might be considered acceptable for an elderly adult?” said Christopher Exley PhD, Professor in Bioinorganic Chemistry and author of the study. Another ground-breaking study by Exley and his team, published earlier in the year, identified similarly high levels of aluminum in the brains of individuals who died of familial Alzheimer’s disease. 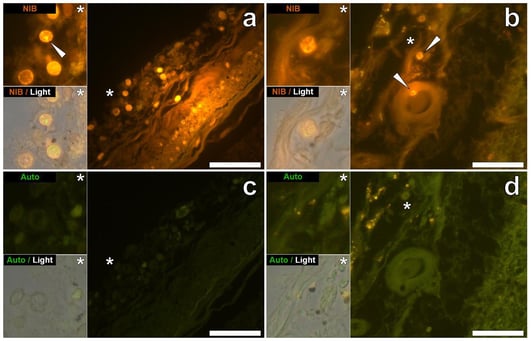 While the aluminum content of each of the five brains was extraordinarily high, it was the location of the aluminum in the brain tissue that served as the standout observation. The majority of aluminum was identified inside non-neuronal cells including microglia and astrocytes. Aluminum was also found in lymphocytes in the meninges and in similar inflammatory cells in the vasculature. According to the researchers, there was clear evidence of inflammatory cells heavily loaded with aluminum entering the brain via the meningeal membranes and the blood-brain-barrier.

Aluminum-selective fluorescence microscopy was used to identify aluminum in the brain tissue of 10 donors. The results strongly suggest that aluminum is entering the brain in ASD via pro-inflammatory cells which have become loaded up with aluminum in the blood and/or lymph, much as has been demonstrated for monocytes at injection sites for vaccines including aluminum adjuvants.

The fact that the majority of aluminum found in brain tissues in ASD was intracellular and associated with non-neuronal cells is, at least for now, unique to ASD and may begin to explain why young adolescents had so much aluminum in their brains.

“The research does not infer that Al is a cause of autism, “said Exley, who also authored Human Exposure to Aluminum. “But these very high concentrations of a neurotoxin in brain tissue are not going to be benign and will contribute to neurodegeneration in affected tissues.”

This study was funded by the Children’s Medical Safety Research Institute, a 502(c)3 nonprofit organization dedicated to funding independent research into the causal factors behind today’s epidemic of childhood chronic illness and disability.