Understanding the Dangers of Aluminum

Aluminum is, without question, the “King of Metals.” It’s unparalleled combination of strength, lightness, and versatility allow it to be used in nearly limitless applications, from space shuttle construction to children’s candy coating. It is naturally abundant and easily recyclable. And yet, there is a fine line between a king and a tyrant. Aluminum has entrenched itself in human daily routine and shows no signs of relinquishing its hold on our global economy. As a result, the dangers of aluminum are often swept under the rug.

Aluminum in the Environment 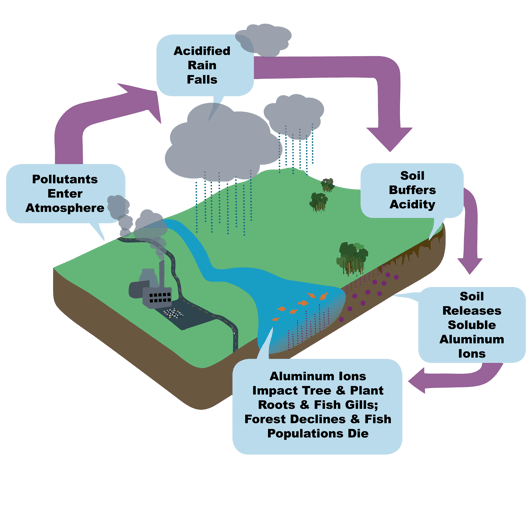 Prior to the industrial revolution, Aluminum was found only in the Earth’s crust, isolated from biological life. As such, it has no biological function because no organism ever evolved to utilize it. Then, a combination of aluminum smelting and acid rain—which ionized aluminum ore, making it soluble in water—released aluminum into the environment with disastrous results. The toxic metal reacted with tree roots, creating vast areas of arid land, and with fish gills, resulting in massive fish kills in affected ponds and lakes.

Aluminum in the Body

It is a naturally drawn conclusion that a compound that is toxic to the environment would not be particularly healthy in humans. And yet, aluminum is used to create cooking utensils and as an ingredient in a surprising number of consumer products we use every day. The aluminum from these products is absorbed into our bodies and accumulates in our tissue, creating a strain on our immune system.

Despite aluminum being a known toxicant, very little research has been applied to the negative health effects. However, a small number of independently funded scientists have been able to break new ground in how aluminum impacts the most vulnerable segments of our population: children and the elderly.

Despite countless studies dating back to the 1920s and 30s that have shown the negative effects of aluminum, in 1937, it was added as an adjuvant to childhood vaccines. Used to artificially boost the immune response, aluminum adjuvants can cause severe adverse reactions that have been linked to  chronic diseases and disorders.

On the other side of the age spectrum, researchers at Keele University have not only found evidence that aluminum is a causal factor in Alzheimer’s Disease, but they may have found a potential cure in the form of silicon, another naturally abundant element in the earth’s crust that is able to bind with aluminum and remove it from the body.

To learn more about the harmful effects of aluminum on the body and the research being funded to combat them, download our free eBook, Age of Aluminum!