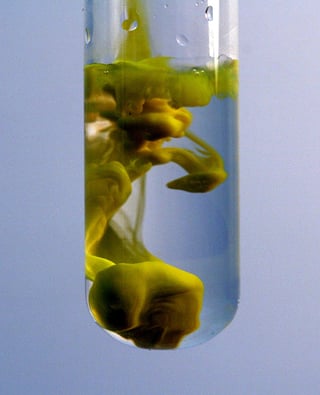 Metals including toxic lead contaminate virtually all aluminum adjuvants, a widely-used ingredient of human and animal vaccines, according to a recent study published in the leading journal of the vaccine industry.

Contaminants including iron, copper, nickel and chromium were found in varying levels in each vaccine adjuvant sampled from different lots. Other impurities including lead were present in measurable amounts. Lead is a neurotoxic metal which the World Health Organization and other agencies have said there is no acceptable safe level in children.

“To the best of our knowledge, this was the first study to characterize the specific content of elemental impurities in commercially available aluminum hydroxide adjuvant product with specific, sensitive, state-of-the-art methods,” the researchers from Valneva SE, a European vaccine research and manufacturing company, and Brenntag Biosector, a Denmark-based global supplier of the most widely used vaccine adjuvant, Alhydrogel, said.

“Trace amounts of residual metal impurities were observed in commercially available aluminum hydroxide lots obtained from various suppliers,” said the paper published in the journal, Vaccine, described as the “pre-eminent” research journal for the $30 billion industry. “Residual metal impurities can be introduced at multiple steps in the processing of those products.”

All contaminants were detected under levels permitted by safety guidelines but varied widely from lot to lot which prompted the researchers to conclude that a larger numbers of lots should be tested before and during manufacturing. They noted that the impurities pose a recognized problem for vaccine “stability” because they speed up the oxidation and degradation of other biological ingredients in the vaccines.

Adjuvants are ingredients added to vaccines to stimulate the immune system to respond to vaccine viruses or bacteria.

“Since the individual residual concentrations are not adequate[ly] addressed by current compendia of tests, we recommend that residual metal content in mineral adjuvants should be monitored in commercial vaccine manufacturing; we encourage the application of sensitive, quantitative, state-of- the art methods, such as ICP-MS, which may lead to the derivation of internal specifications, when appropriate.,” the study concluded.

“Downstream processing steps” would not remove the “adsorbed or embedded” detected impurities, the researchers said, adding that the “residual metals may change the characteristics of aluminum hydroxide to differ from those of ‘pure’ aluminum hydroxide.”

The research corroborates the recent findings of Italian physicist Antonietta Gatti who employed electron microscopy to 44 samples of 30 different vaccines and found every sample contaminated with aggregates of heavy metals and “debris” not described in the vaccine ingredients list.

Current research has demonstrated that even very low concentrations of toxins are dangerous to children’s neurological development.

In a video presentation on the toxicity of particles to children, Bruce Lanphear, professor of children’s environmental health at Simon Fraser University in Canada, points out that “the World Health Organization and other agencies agree: there is no safe level of lead exposure.”

“The impact of toxins on the developing brain is permanent,” adds Lanphear. “Children who are more heavily exposed to toxins won’t reach the same peak cognitive ability as those who have lower exposures.”

Other studies have shown that the smaller the particle is, the more potent is its ability to stimulate the immune system. Researchers reported in a 2015 study, for example, that the aluminum adjuvant used in vaccines forms 1–20 µm “particulates” dispersed in solution, but much smaller nanoparticles – on the scale of one-billionth of a meter – are more effective at provoking a biological response.  “There is increasing evidence that nanoparticles around or less than 200 nm as vaccine or antigen carriers have a more potent adjuvant activity than large microparticles,” they said.

When it comes to toxins then, less is more. Yet the industry does not appear to be even aware of the toxicological implications of its own findings. While contaminants may be at trace levels in a single adjuvant, and vary widely from lot to lot, there is no study of what pollutants piggyback in on other ingredients or downstream in the manufacturing process. No one in the public health oversight agencies promoting vaccines has even measured how these toxins add up over the 64-vaccine schedule recommended by the Centers for Disease Control. As far as anyone knows, Gatti’s is the only study to have examined the products for metal contaminants at the end of the line, before they are injected.

It is beginning to dawn on immunologists that aggravating the human immune machine with all this crud may not be a health-giving practice for “susceptible individuals”.   A 2015 medical textbook authored by more than 75 immunology experts titled Vaccines and Autoimmunity surveys the role that injected foreign ingredients play in the exploding epidemic of autoimmune diseases from arthritis to ulcerative colitis.

"What is obvious," it says "is that a typical vaccine formulation contains all the necessary biochemical components to induce autoimmune manifestations." Even the “residual contaminants,” long presumed to be inconsequential in trace amounts "may not be inherently safe."

The vaccine industry track record for keeping these contaminants out of their “pure and sterile” manufacturing process is hardly reassuring. Their products have been polluted with everything from live polio virus and porcine circoviruses, to bacteria and bits of glass.

Combine that with public health’s financial interests in and benevolence towards the pharmaceutical industry and its boundless tolerance of egregious safety violations.

Add in the fact that vaccine manufacturers have zero liability for their products and can’t be sued, even if their shots are loaded with lead.

Mix, chill and serve up to billions of people annually and you have an epidemic of chronic disease and nobody to account for it.