Initially, the cause and features of MMF were unknown. Subsequent research by French investigators elucidated that the deltoid muscle lesions characteristic of MMF were secondary to intramuscular injection with vaccines containing aluminum hydroxide adjuvants.2 The lesions revealed both an ongoing local immune reaction along with long-term persistence of aluminum hydroxide at the injection site.2

An ongoing series of admirably methodical studies also have confirmed a number of other post-vaccination clinical symptoms associated with MMF.3 These disabling health problems include not just muscle pain but joint pain, chronic fatigue, autonomic nervous system dysfunction, autoimmunity, and cognitive dysfunction.4 The cognitive deficiencies experienced by MMF patients mirror the cognitive impairments that have been observed to result from chronic exposure to aluminum particles.5 Together, all of these dysfunctions are “paradigmatic” of an emerging aluminum-adjuvant-related syndrome that has come to be known as ASIA (autoimmune/inflammatory syndrome induced by adjuvants).6 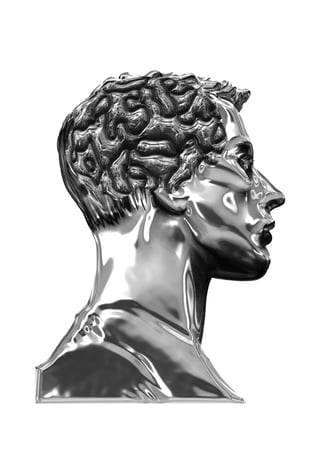 Individuals were considered to have no significant cognitive dysfunction (42%) if all of their tests remained below the pathological threshold.

Next, the researchers examined cerebral glucose metabolism patterns in each MMF subgroup and compared them to brain images from 44 healthy controls with normal brain scans. Disruptions in brain glucose metabolism make it difficult for neurons to function efficiently, and this is linked to numerous neuropsychiatric disorders.8 The research team used a statistical technique called analysis of covariance (ANCOVA) that tests the significance of differences among group means. ANCOVA improves statistical precision by adjusting for factors such as (in this instance) age and gender.

The study’s results, expressed in terms of voxels (short for volume elements, the three-dimensional equivalent of pixels) were unambiguous for subgroups 1 through 3. (The small size [n=7] of the “callosal disconnection” subgroup precluded meaningful statistical testing.)

A second just-released study (involving two of the same lead investigators as the first study) zeros in on the “insidious” nature of the nano-sized aluminum oxyhydroxide particles contained in Alhydrogel®, the immuno-potentiating adjuvant added to over half a dozen widely used vaccines.4 Sharing a similar focus on MMF and ASIA, the researchers affirm the particles’ “striking biopersistence” and ability to migrate to and remain in the brain.

To assess the potential for a dose-response relationship between Alhydrogel® and neurotoxicity, the researchers evaluated brain function and long-term aluminum concentration six months after administering three spaced injections of the adjuvant (either 200, 400, or 800 micrograms per kilogram of body weight) to three different subgroups of adult female mice.4 The three dosage levels represented the “mouse equivalent” of two, four, and eight human doses of aluminum-containing vaccine. At 180 days post-injection, the researchers subjected the three experimental groups of mice (as well as a fourth control group) to a battery of tests focused on behavioral and/or physical measures such as locomotor activity and coordination, muscular strength, anxiety level, and pain sensitivity.

The eight tests identified a number of significant effects of exposure to the aluminum adjuvant, including decreased locomotor activity levels, aversion to open spaces, microglial activation, and significantly increased cerebral levels of aluminum—but these effects appeared solely in the mice who had received the lowest dose of adjuvant. Conversely, the mice injected with the two higher doses showed “neither neurobehavioral changes nor microglial reaction.” The authors offer an intriguing explanation for this non-linear dose-response curve (a pattern that is not unprecedented in the field of aluminum toxicology), proposing a model of “particle toxicology” whereby particle size plays a pivotal role in cellular uptake and distribution of aluminum in the body. Specifically, the study’s results suggest that “the injected suspensions corresponding to the lowest dose, but not to the highest doses, exclusively contained small agglomerates in the bacteria-size range known to favor capture and…transportation” by innate immune cells.4

Taken together, the two studies underscore the urgent need to reevaluate aluminum adjuvant safety, despite assurances by the World Health Organization (WHO)’s Global Advisory Committee on Vaccine Safety that “there is no reason to conclude that a health risk exists as a result of administration of aluminium-containing vaccines.”9 In fact, while WHO concedes that MMF is “a lesion containing aluminium salts, identified by histopathological examination, [and] found at the site of previous vaccination with an aluminium-containing vaccine,” it continues to deny any possibility of clinical illness resulting from injection of toxic aluminum compounds.9 Instead, WHO benevolently likens MMF lesions to “a residual ‘tattoo’”9 on its MMF webpage (which has not been updated for nearly ten years). This lax attitude suggests that WHO’s close and increasingly controversial ties to the pharmaceutical industry10 have created a captured agency incapable of seizing on the implications of these two excellent studies.