Over the past five years, Dr. Christopher Exley and his team of scientists at Keele University in England have made extraordinary progress in aluminum toxicity research, thanks to funding by CMSRI.  As a result, the world of medical science is no longer asking IF aluminum is present in brain tissue, but HOW MUCH is there, WHERE is it and WHAT DAMAGE is it doing?

Below are the landmark studies that have revealed the way in which aluminum in vaccines migrates to the brain and the extremely high levels of aluminum found in the brains of individuals diagnosed with autism, Alzheimer’s disease and Multiple Sclerosis.

Pending adequate funding, the following are other studies planned by the Keele University team to unearth the answers to today's most pressing health concerns: 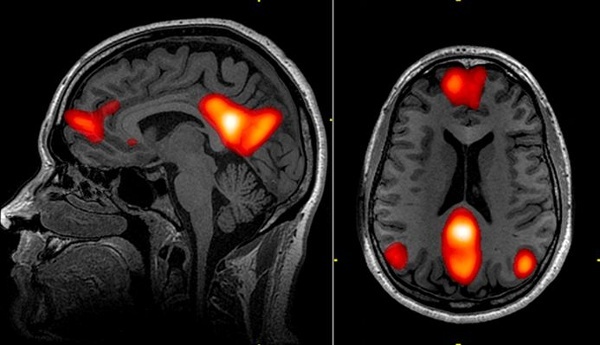 Development of the concept of the body burden of aluminum: what it is, where it comes from and how it impacts upon human health.

The first published, unequivocal evidence that the types of cells that are known to populate a vaccine injection site actually take up aluminum adjuvant into their cell bodies.

Evidence that aluminum must now be considered to play a role in Alzheimer’s disease.

The Identification of Aluminum in Human Brain Tissue

First use of lumogallion and fluorescence microscopy to identify aluminum in brain tissue in an individual who died of Alzheimer’s disease following significant environmental exposure to aluminum.

Development of fluorescence microscopy to compare how cells are affected by different aluminum adjuvants; evidence showed more cell death by the adjuvant AdjuPhos and more likely translocation to other tissues away from injection site with AlHydrogel.

Determination of aluminum adjuvant particle sizes concluded that AlHydrogel particles are smaller than AdjuPhos and can explain why AlHydrogel is more efficiently taken up by cells at vaccine injection sites.

The definitive statement, published in the prestigious Journal of Alzheimer’s Disease, that human exposure to aluminum should now be considered a primary aetiological factor in Alzheimer’s disease.

Aluminum in Brain Tissue in Autism

In addition to identifying extremely high levels of aluminum in brain tissue of individuals who died with autism, this landmark study found the majority of aluminum was intracellular and associated with pro-inflammatory cells both in the brain (microglia). Evidence showed aluminum in lymphocytes (and similar cells) in the rest of the body was being transported from both the lymphatic system and the blood to the brain, suggesting aluminum adjuvants in vaccines may contribute to autism.

Discovery that antigens and adjuvants are taken up as separate particles have implications for the formulation of vaccines and how they deliver immunity and the possible role of aluminum adjuvants in instigating serious adverse events distant from the vaccine injection site.

Abnormally high amounts of aluminum found in MS brain tissue showed the association of aluminum with certain neuropathological features that are characteristic of MS.

A review of the properties of aluminum adjuvants, how they work and why they can be responsible for severe adverse events following vaccination.

Aluminum-Tainted Infant Formula -- demonstrating that off-the-shelf infant formulas and those designed for infants with allergies, intolerances, etc. are contaminated with aluminum.

Aluminum and Epilepsy - A study of the brain tissue of an epileptic individual. 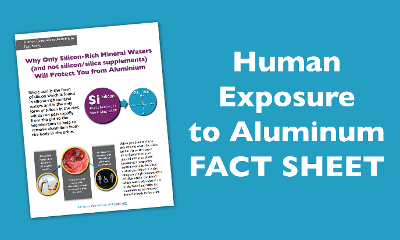 Dr. Exley and his team intend to continue seeking the answers to today's chronic illness, autism and Alzheimer's  epidemic in order to identify the causes and improve the prognoses.  Funding for medical and scientific research is most typically provided by industries that hope to profit from the results (e.g., pharmaceutical companies), therefore, it is up to private individuals, nonprofits and foundations to support independent research.