This study describes a matched case-control analysis of the relationship between the use of underarm cosmetic products and the risk of breast cancer. Breast cancer is the most common cancer in women and is especially prevalent in developed countries. Its causality is multifactorial – age, genetic mutations and life-time estrogen exposure are known to contribute to breast cancer risk. Yet there is a large portion of breast cancer’s etiology that remains unknown.

Over the last few decades, topological distribution of mammary carcinomas have shifted to the upper, outer quadrant of the breast. The shift appeared suggestive of an association with underarm cosmetic products, many of which contain aluminum. However, studies’ findings have varied. Animal models, however, have shown that aluminum salts are associated with carcinogenic effects in mice. No epidemiological studies have used measurements of aluminum levels to assess the association of cosmetic use with breast cancer risk. 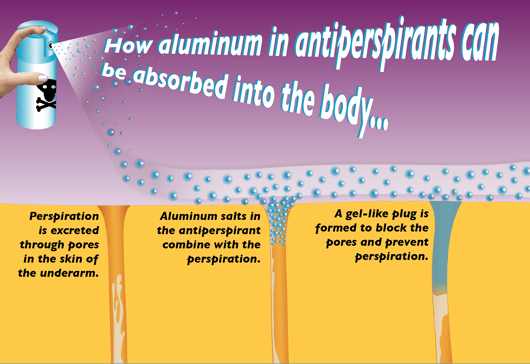 Therefore, the authors undertook a matched case-control study assessing the relationship between breast cancer risk and underarm cosmetic products. In particular, the authors hypothesized that cases used cosmetics more frequently than controls, that cases have higher aluminum concentrations than controls and that aluminum concentrations are positively associated with breast cancer risk.

The study was conducted in an Austrian hospital, where cases were matched to controls by age. Participant cases were eligible if they were anywhere between the ages of 20 and 85 and had a confirmed diagnosis of breast cancer within the last five years. Eligible controls were women of the same age range undergoing breast reduction surgery and did not have breast cancer. Participants self-reported their cosmetic use in response to a structured questionnaire. Information on known risk factors such as hormone exposure and genetics were collected as well. Women also rated the frequency of their cosmetic use.

Statistical analysis and selection was done such that a significant odds ratio of 2.0 or greater could be found if an association existed. So, at least 200 participants were recruited per group. Authors succeeded in reaching their target enrollment number for both cases and controls. Each case was matched to a control for age (age difference no greater than 2.5 years apart). Relative risks, odds ratios and confidence intervals were computed through conditional logistic regression to assess association between cosmetic use and cancer. Two-sample t-test was done to assess differences in aluminum concentration between cases and controls. 3-way ANOVA was done to assess relationship between cancer status, cosmetic use and tissue sampling location on aluminum concentration. 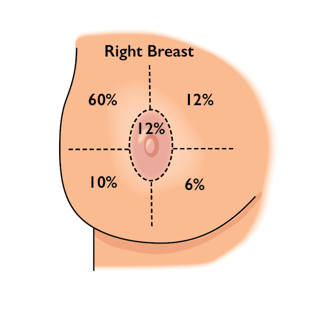 The results differed from previous studies that did not find an association. However, this study had the added strength of asking women about cosmetic use within specific periods of their lives. Frequent cosmetic use under age 30 was significantly associated with risk for cancer. Additionally, no prior studies assessed aluminum concentration in breast tissue as a risk factor.

Despite the findings, the study had some limitations. Self-reports are susceptible to recall bias, especially in cases. Younger women may also be more likely to remember past exposures. There is also the possibility that the aluminum concentration is an effect of breast cancer tumor growth, not a cause. Nonetheless, the authors concluded their results showed an association between breast cancer and aluminum concentration in breast tissue. Their results also suggest an increased risk for breast cancer from cosmetic use.