While vaccines play an important role in protecting our population from serious contagious diseases, this doesn’t mean that as a society, we shouldn’t be closely examining why and how some vaccines are mandated. As the body of scientific evidence on vaccine risk factors for serious neurodevelopmental and autoimmune disorders grows, it’s time to take a more measured and critical look at instances in which vaccines pose more risk than benefit.

The need for more critical evaluation of vaccines is particularly evident in the case of the Hepatitis B vaccine, which is now administered to infant children in the U.S. While none would argue that Hepatitis B isn’t a serious disease—it can have severe side effects—this doesn’t mean that mandated vaccination is the best way to decrease its prevalence. 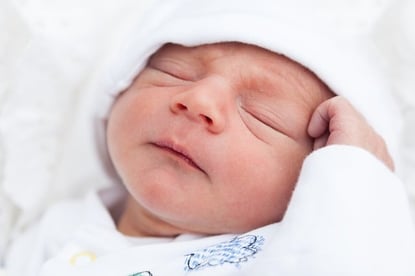 Consider the fact that, unlike many other contagious diseases, Hepatitis B can only be transmitted via blood to blood contact.  This means that only through things like sharing contaminated needles, intercourse, working with contaminated meats, or through birth can Hepatitis B be transmitted. This alone significantly reduces the risk of widespread contagion, and considering that 99% of all expectant mothers are screened for Hepatitis B before giving birth, we know that any child at risk of receiving the disease from their mother could receive proper treatment at birth.

So what about the overwhelming majority of infants who won’t engage in any of the activities that put individuals at risk for catching Hepatitis B, or whose mothers have not tested positive for the disease? Does it still make sense to administer a Hepatitis B vaccine in infancy?

Additionally, the Hepatitis B vaccine currently administered to infants was previously only recommended to adults who were at a high risk for contracting the disease. However, because a large percentage of these high-risk individuals elected not to receive the vaccine, the government adopted an alternative approach to managing Hepatitis B: universal administration. Thanks to the choices of a minority of high-risk individuals, now all children born in the U.S. must receive a vaccine at a time in which their immune systems are still fragile.

The administration of the Hepatitis B vaccine, or any vaccine for that matter, during infancy is also problematic given that adverse effects are extremely challenging to detect. Infants can’t advocate for themselves, and parents would be highly challenged to determine differences in behavior and cognitive ability at this stage of infancy.

Until more concrete scientific evidence proves that vaccines do not put individuals at risk for neurodevelopmental or autoimmune diseases—though organizations like the Children’s Medical Safety Research Institute have substantial concrete evidence that proves the opposite—we should think twice before mandating infant vaccination.